The 21st century is the century of technological development. It is a century in which breakthroughs will be made in the health and prolongation of human life. When the world enters a new era of life sciences, people-oriented, health care, and people's livelihood have become the common goals of governments of all countries. With the continuous pursuit of the value of life, human beings increasingly feel that life is precious and short. Apollo people closely follow the trend of the times and focus on the future of mankind. With their high sense of responsibility for human life, their unrepentant pursuit of human well-being and their infinite loyalty to the cause of health, they resolutely raise the banner of "creating health and sharing with mankind". Dedicated to the noble cause of human health.

The pursuit of health and life extension is the eternal pursuit and dream of human beings. For thousands of years. Whether it is an emperor, a general or a common man, this pursuit has never stopped. In 2001, more than 2,000 years ago, in the hometown of Xu Fu, a famous alchemist who traveled eastward to Fusang in search of the elixir of longevity, in the blessed land frequented by Emperor Qin, Emperor Tang and emperors of all dynasties, on the coast of the vast East China Sea and at the foot of the towering Lai Mountain, Apollo Biotechnology Co., Ltd. feels the spirit of heaven and earth, responds to the light of the sun and the moon, and shoulders the great responsibility of life science and human health. With the development of the times, it came into being.

"Apollo" is the sun god in ancient Greek mythology. She is a symbol of life and strength, youth and vitality, light and hope. Since the 20th century, many unprecedented projects and epoch-making projects of mankind have been named after Apollo. The first spacecraft to land humans on the moon. Named "Apollo"; in 1990, the cosmic life science program submitted to Congress by the Human Genome Organization of the United States was also named "Apollo" program. The Apollo people named the company "Apollo" because of the active peptide products developed by the original research and development of world-class scientists, which have an epoch-making influence in the history of life science and human health; Encourage, dedicate youth and beauty, health and longevity to all those who love life and cherish life. to this end. Apollo Company pursues the tenet of "Youth China, Healthy Humanity"; advocates the culture of "challenging the limit and surpassing the dream"; and with the goal of "creating a century-old brand and becoming a century-old industry", it has embarked on a new journey in the human health industry.

Set up the ambition of Honghu Lingyun, and promote the horse's mileage. Since its establishment 15 years ago, the company has entered the Great Hall of the People on eleven occasions with its world-leading technology and products. Let the national high-level and foreign VIPs see the vigorous development of a rising life technology company. Over the past 15 years, the company has been guided by the corporate philosophy of "benefiting sangzi and contributing to the society", committed to social public welfare undertakings, and established a first-class cultural platform and unique health concept. Today, guided by the globalization strategy, the company is concentrating on developing the terminal sales market, and will build 2,000 franchised chain stores across the country, thus forming a marketing network covering all major sales areas in the country. At the same time, the company has established a number of branches in the United States, the United Kingdom, Singapore, Hong Kong and Macau, thus building a world health industry aircraft carrier.

At the beginning of the new millennium of mankind, Apollo set off an unprecedented health storm, which is sweeping the motherland. Where the storm is baptized, it is no longer a dream for people to live healthily to the age of 120; the various social pressures brought about by the aging population will be effectively relieved; the bright prospects of people's happy life and social harmony are emerging. The heroic and wise Apollo people, adhering to the dedication and ideal of the sun god, are making outstanding contributions to the health of China and even all mankind!

"The wall stands for thousands of miles, and the sea accepts hundreds of rivers." The booming Apollo company, with sincerity and sincerity, is gathering people of insight from all over the world, making concerted efforts and sincere cooperation, and striving for a younger and more beautiful human being, and a more harmonious and happier people's livelihood. Create brilliance again! 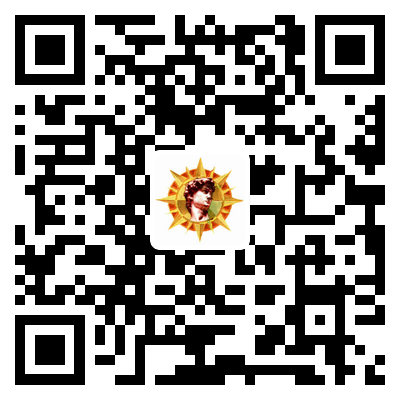